Monoculture Definition: In agriculture, monoculture is a process in which one crop, one animal species, or one plant is genetically reared at one time.

It has been used in industrial and organic agriculture, which has increased efficiency in agriculture and harvesting, as well as reduced farmers’ costs.

A good example of the monoculture is the cultivation of beans and corn throughout the growing season.

However, it also increases the risk of pests and diseases. In contemporary agricultural understanding, monocultures emphasize crop specialization because it involves cultivating a single crop using most or all of the land.

Although this exercise increased the efficiency of agriculture and harvesting, it was criticized as a result of the unproductive environment.

It has been linked to increased stress on the disease, poor soil nutrients, or soil degradation and deforestation.

Here are the advantages, disadvantages, and examples of monocultures.

For monoculture, each plant undergoes the same standard cultivation, maintenance and harvesting process. This leads to more production and lower costs.

For animals or livestock, they follow the same method of birth and maturity. This process also leads to a lower cost to the breeder as well as an excellent return when the animal is mature.

When growing a separate crop at the same time, this means that only one method will be needed to grow the crop.

This is more effective and profitable for the farmer. The most suitable field crops can be grown in bad weather conditions such as droughts, winds and short seasons, which prefer cultivation and therefore have little impact on production.

It is common in large fields to grow wheat, vegetables, or single fruit varieties.

Monoculture is a very simple agricultural system. These primarily include soil preparation, irrigation, and chemicals when needed, all of which focus on specific plant preferences.

In this way, fields specialize in maximizing the production of specific crops.

Pests and diseases are treated without taking into account the effects of the treatment on other plants where they do not exist.

Additionally, during harvest, monopoly ensures uniformity as it is easy to assemble the required parts of plants through simple techniques, which would be disastrous if the crop shared the same field with others.

Plants in particular use synthetic fertilizers, which reduces the amount of excess soil needed to produce food. Animals will need the same fertilization mechanism at the same time.

Use of harmful chemical products

With nutrients removed from the soil, farmers will want to introduce artificial products that can lead to loss of functionality and nutrients such as the introduction of large quantities of herbs, fertilizers, pesticides, and pesticides.

These synthetic chemicals are used to prevent damage to your crops from pests, bacteria, and weeds.

Unfortunately, chemicals track crops for human consumption, which means they end up in the food chain, and biological documentation can have serious health consequences.

2. Destroys nutrients in the soil

Of course, the soil contains nutrients and other functions. Monocultures exclude all these functions due to the cultivation process or cultivation of only one type of crop or animal species.

As a result, there are no different types of soil and microorganism pests due to a lack of diversity in crops, which enhances the soil biodiversity from insects and microbes.

In addition, it kills microorganisms and bacteria in the soil, damaging its fertility.

The excessive use of chemical fertilizers in monoculture also damages the health of the soil.

When crops are harvested, there is no natural soil protection from erosion caused by wind and rain. In addition, the soil surface layer does not regenerate, which is the main cause of erosion.

All of these elements together make the soil more vulnerable, making it unsuitable for use in agriculture.

It can also lead some people to deforestation to obtain new agricultural land, thereby resuming the cycle of loss.

Even if the plants are harvested, the chemical remains in the soil. Since they are inorganic, soil microorganisms cannot convert them into organic materials.

It infiltrates the soil and pollutes the groundwater resources and adapts to the ecosystems that can travel long distances from the use site.

In the long run, chemicals can kill, harm or destroy the diversity and vitality of the ecosystem.

5. Plenty of Water is Needed for Irrigation

Water is quickly pumped from rivers, lakes, and groundwater, causing the water resources to run out. It also means that water resources will be affected by inorganic chemicals that farmers pump into crops and soil.

Excessive use of these inorganic chemicals forces the organism to develop resistance to pesticides and synthetic herbs.

Since more and more inorganic compounds are released into the soil, they destroy the natural ecosystem.

Energy, chemical fertilizers, pesticides, and other industrial methods used to produce these foods play an important role in environmental pollution and climate change. This also poses a threat to the environment for future generations.

1. Cattle Raising in the United States

The modern animal production system is based on a handful of highly skilled breeds. Cattle breeding in monochromatic cultures may lack basic features such as fertility, strength, and disease resistance.

Many of these people die because they do not have genes that can prevent certain conditions.

A bull widely used in the cultivated areas can be a genetic variant that can cause disease.

In forests, monocultures refer to planting only one type of tree. It produces more crops and more efficient crops.

Mono breeding platforms are fully harvested. This can be considered a risky business as there is no diversity in tree size to start, as they will find mature and young trees together.

In Nicaragua, in particular, farmers cut down trees to make way for beans to grow. By destroying forests, precipitation becomes contagious, then prolonged droughts, ultimately affecting the quality and quantity of the product.

Second, since they are all of the same sizes, their craters are limited, so there is a greater risk of forest fires.

This puts all trees at high risk from pathogens and pest attacks, as well as environmentally unsuitable conditions.

The most important issue of economic agriculture in Ireland. In the 1840s, different potatoes were grown in the same way as “lumper”, which was grown as a single farm.

The bulb was a cheap food that fed Irish. Varieties of potatoes are spread from plants without genetic diversity.

5. Banana cultivation in the United States

In the 1950s, most bananas found in the U.S. were grown as a single crop. Planting was practiced because it was effective, it produced bananas with seeds and small flavors.

Unfortunately, young seeds meant that they were not suitable for planting, which resulted in the completely new growth of bananas from any other shrubs.

6. Production of Corn in Large Quantities

Commercial corn cultivation is well known in many countries of the world, including American states such as South Dakota, Ohio, Loa and Nebraska, and in sub-Saharan countries where corn is grown as an important crop. 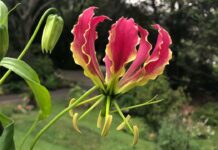 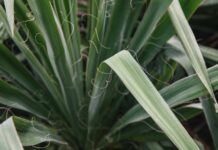 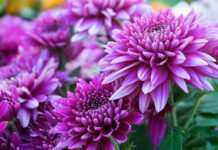