Thermal pollution is the deterioration of water quality by any process that changes the temperature of the surrounding water.

A common reason for thermal pollution is the use of water as a refrigerant by power plants and industrial companies.

Must Read: 21 Destructive Effects of Global Warming On Earth.

Current environmental pollution is a global phenomenon that has become a major concern for people all over the world. This is because it has serious consequences in the long run.

When we hear the term pollution, we think of ideas like carbon emissions, personal pollution, and waste. However, thermal pollution is a real and lasting problem in modern industrial society.

What is Thermal Pollution?

The term thermal pollution has been used to determine the harmful effects of exhaust heat flows from many power plants.

It determines the deterioration of the water and ecological environment and its degradation through various industrial installations such as thermal, nuclear and nuclear power plants, coal-fired, oilfield generators, factories, and factories.

What are the Causes And Sources of Thermal Pollution?

The temperature of wastewater discharged from these sources is higher than inlet water, which reduces the oxygen concentration in the water, which has harmful effects on the marine ecosystem.

What are the Effects of Thermal Pollution?

The harmful effects of thermal pollution are analyzed below.

As the water temperature increases, the pollution of many industrial plants becomes hotter, and the oxygen concentration decreases.

2. Modification in the Properties of Water

Increased density of gases, viscosity, and solubility in water increase the rate of formation of suspended particles, which negatively affects the food supply of aquatic organisms.

Concentrated pollution increases the water temperature, which increases toxins in the water. Toxic to water will increase mortality in marine life.

Aquatic organisms such as juveniles, plankton, fish, eggs, larvae, algae, and protozoa that pass through screens are highly susceptible to sudden changes in the temperature of the intensive cooling system.

This is common, as hot water may experience a sudden increase or decrease in the temperature of water tanks, and therefore sudden death may be due to sudden changes in water temperature.

How to Avoid Thermal pollution?

Therefore, we can say that any kind of pollution can directly or indirectly affect humans because eliminating biodiversity causes changes that affect all aspects of the environment.

Thermal pollution is not much discussed. But we need to take it seriously. 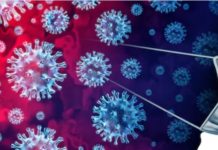 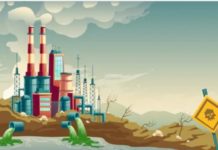